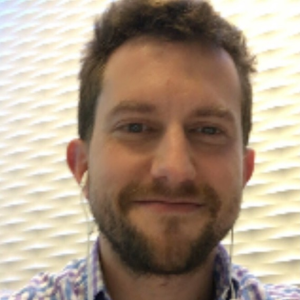 What’s the best preworkout for women

I have a feeling that women are smarter than men when choosing what to put into our bodies. Ladies are typically more patient and health-conscious. So in the search for the best preworkout for women, they will be more wary of the ingredients and tolerant of slower results if there’s a good reason.

A lot of the time, fitness products—particularly preworkouts—are made with men in mind, and women are dismissed as an afterthought. But why should anyone miss out? I’ve done some research, and I’m going to show you the best preworkout for women that I could find. But first, let’s discuss our differences. 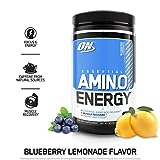 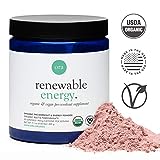 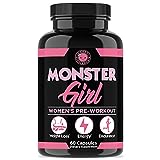 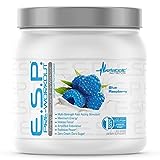 What Makes a Preworkout for Women?

You don’t need a degree in biology to figure out that men differ greatly from women. It might sound like masculine propaganda, but men are—on an equal playing field—physically stronger than our female counterparts.

This could very well be because of testosterone—a male hormone (androgen) that factors significantly in protein synthesis and muscle strength and growth. To put things into perspective, the average adult male can produce up to 1,000 nanograms of testosterone per deciliter every day. An adult female only produces up to 70 on average.

What does this have to do with preworkouts? Absolutely nothing.

The misconception that women have to take different preworkouts than men is a by-product of the myth that supplements are steroids.

Steroids contain unnatural testosterone or other androgens. It’s the reason why people who use them bulk up so quickly (and suffer the consequences, like elevated aggression and rapid growth of body hair, among many other side effects).

Preworkouts, on the other hand, contain vitamins, nutrients, minerals, and stimulants that we consume naturally through our food. They are vital to both women and men, and we process these products the exact same way.

The only real difference I can imagine would be in branding and packaging, so beware of the so-called pink tax.

Should Women Use Preworkouts Differently?

You don’t have to, but you can if you want to. Since gender makes no difference in preworkouts, you have to decide for yourself what you want to get out of them.

Preworkouts that contain creatine are best used if you want to build muscle or if your main focus is strength training. Ingredients like caffeine or taurine will boost your stamina and endurance. Tyrosine and theanine improve focus and cognitive function, while most of the supplements you can find will assist with weight loss.

There is no reason for the best preworkout for women to be milder than any other, and it won’t make you bulk up. Its purpose is to boost your energy and enhance your workout—not to bodybuild. So if you are not actively building muscle, there is no risk of any preworkout making you more masculine.

Are Women at Greater Risk?

Preworkouts are a bit controversial because, if they are produced or taken incorrectly, they can have some awful or dangerous side effects. I couldn’t find any concrete evidence that women are more susceptible to the effects of preworkouts. In some cases, they might even be more resistant.

For example, some research shows that men are more prone to high blood pressure. Since preworkouts can increase your blood pressure, it seems women don’t have to worry as much.

But there are some other side effects that women should be more careful of.

Also, preworkouts can cause dehydration, and women have less water than men, so they could run dry faster. It’s also implied that ladies are at greater risk of migraines and developing nervous disorders, both of which can be aggravated by the stimulants in preworkouts.

That said, whether you experience side effects is determined by your own body’s capabilities. There is no evidence to suggest that women should take less or have anything to fear. Know your limits, and you will be all right.

The best preworkout for women should have few side effects, though, so there is nothing to worry about.

The Five Best Preworkouts for Women

I’ve already established that there is no such thing as women’s preworkout supplements, so I’ve compiled this list according to reputation and effect rather than femininity. They’re also ranked by benefits and ingredients. I went looking for the best preworkout for women, and here are five that I want to recommend. 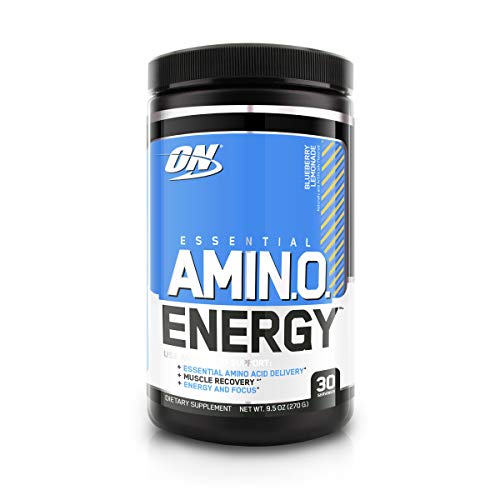 Did you think I was joking about the pink tax earlier? Well, I wasn’t.

A lot of ladies seem to favor Amino Energy and promote it as the best preworkout for women. But based on what I can see, the (pink) strawberry flavor costs quite a bit more than the blueberry one, even though they just appear to be different flavors of the exact same product.

That’s not cool. So my advice is to ditch the “girly” flavors, save yourself some money, and reap all the health benefits anyway.

As the name implies, Amino Energy is rich in amino acids and has a good (but stable) dose of caffeine at 100 milligrams per serving. It’s a multipurpose supplement that can be used whenever you need a boost, even outside of exercise. 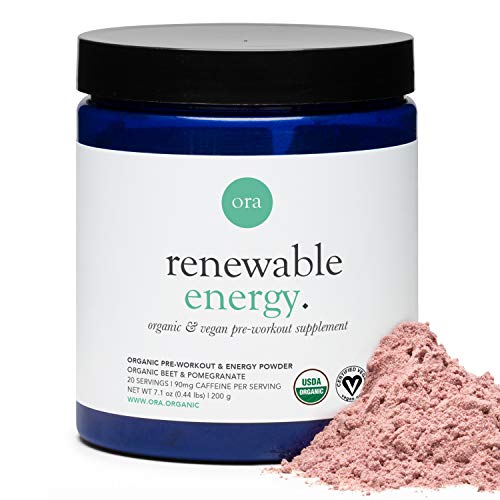 If you’re interested in a milder energy booster, I’m pretty sure that Renewable Energy is as good as it gets. This is a top-quality product with rave reviews.

It contains 90 milligrams of caffeine and boasts no artificial additives.

I can see one problem, though. Most people say it tastes awful. Still, based on its components, customer satisfaction, and effect, it’s a strong contender for the best preworkout for women. 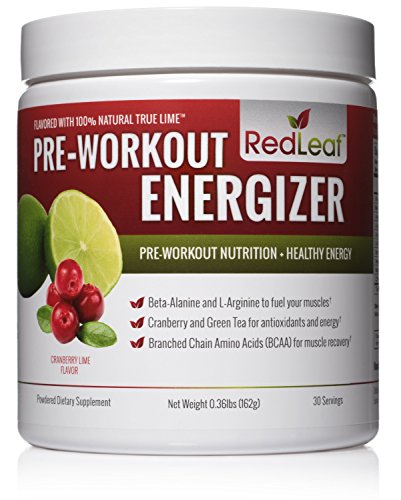 I thought I had seen it all with Ora, but then Red Leaf came along. Many people call it the best preworkout for women because it has only 40 milligrams of caffeine per serving. A single cup of coffee has almost twice as much. It also contains no creatine, so it won’t give your muscles extra motivation to grow.

This is a good choice for those who are more sensitive to caffeine and want to avoid the jitters. However, you also won’t get an extreme energy boost—just a small one. It’s a top brand that women (and men too) seem to love, but the ingredients don’t really justify the higher price. 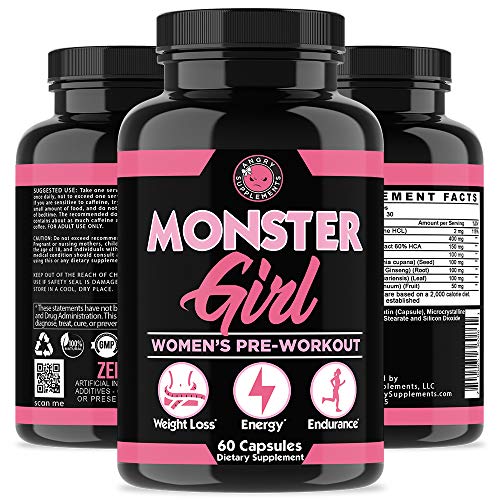 This is another one that pops up as the best preworkout for women everywhere you look. Maybe that’s because it is specifically branded “for women.”

Fitmiss does one thing really well. The servings are prepackaged into sachets, so they are easy to take with you when you’re on the go. Other preworkout companies could stand to follow the company’s lead in that.

I think Ignite is quite a well-rounded product. Its caffeine content (100 milligrams per serving) is reasonable, and it is low in calories. Additionally, it contains huperzine and L-carnatine, which assist with cognitive function and weight loss, respectively.

But there are several complaints against it, most claiming its side effects are awful and the product lacks quality. 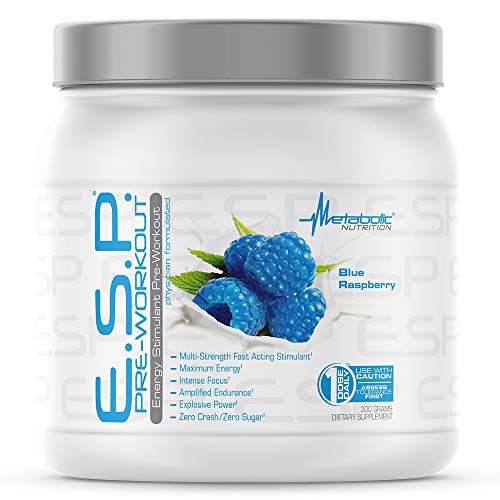 I’ve included PSP in this list because, instead of lowering caffeine levels to ridiculous and unjustifiable levels (cough, Redleaf), it has excluded it entirely.

Yes, this is a caffeine-free and stimulant-free preworkout, which means its effects on your body are not at all like other brands. It does, however, contain creatine, which is something to keep in mind. It also has a good dose of B vitamins, calcium, and magnesium.

This could be the best preworkout for women whose focus is weight training instead of cardio.

My Choice for Best Preworkout for Women

Look, ladies, I think you are being shammed. It’s not to say that all women’s preworkouts are fake or don’t serve their purpose. They have made many customers very happy and continue to do so.

But I have noticed that “women’s” preworkouts cost a whole lot more than “men’s” and it’s often for less caffeine or other energy-boosting components. So unless you have a specific sensitivity towards stimulants, I just don’t think it’s worth it to pay more for less effect.

That’s why I think Amino Energy is the best preworkout for women. Optimum Nutrition does not specifically label the products by gender, it has a normal dose of caffeine, and it focuses on amino acids and other nutrients.